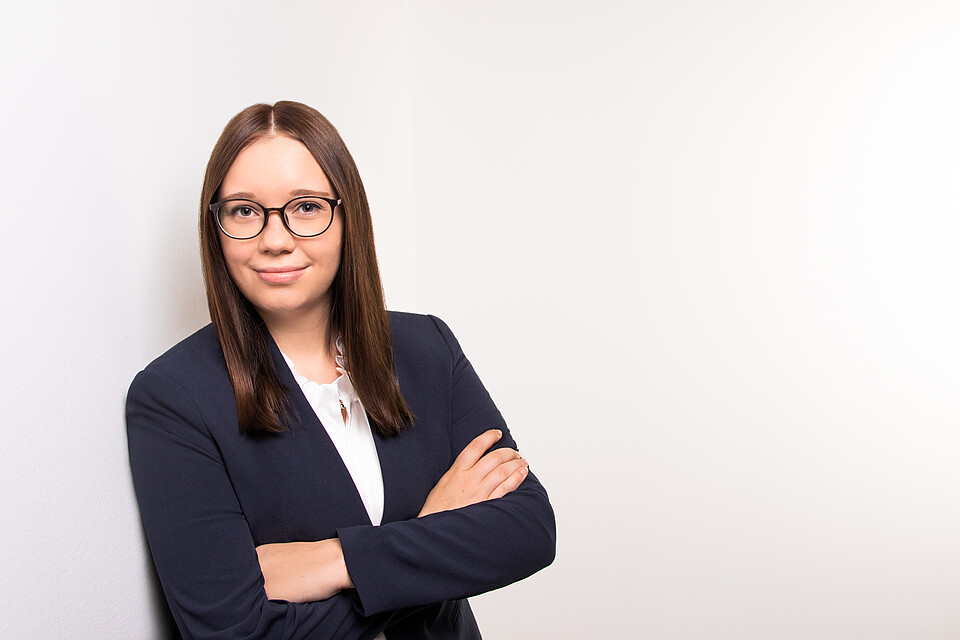 Hey Andrea, you've been interning at Brain Appeal / Academic Hero for 3 months now in the Business Development department. Before you tell us about your experience, would you like to introduce yourself briefly?

I'm Andrea and I'm currently in the final stages of my studies at the East Asia Institute at Ludwigshafen University of Applied Sciences. I am doing my Bachelor's degree in International Business Management (East Asia) with a focus on Japan. It may sound complicated, but it's actually just business management in an international context with a special focus on Japan and its language, society, economy, etc. I also lived in Japan for a year in the course of this and went to university there.

Originally I come from a small village called Wüstgrabow in Mecklenburg-Vorpommern, but then I moved to Ludwigshafen for my studies. And since February 2021, I've been doing my internship here at Brain Appeal.

What was the reason you applied for the internship?

At the end of my studies, I wanted to put my knowledge to practical use and gain my first professional experience in marketing and business development, because these are areas in which I can well imagine working. Actually, the plan was to find a Japan-related company, but that wasn't possible due to the pandemic. So I looked around for general internships in those areas and came across the job posting from Brain Appeal. The job posting sounded very interesting to me, as it described many areas of responsibility that were of interest to me. The conversation we then had showed me that the internship would probably be a challenge for me, but I figured that's exactly what I could use to develop myself further.

What were your responsibilities?

I was primarily responsible for creating content for the marketing channels. I wrote texts for social media posts, blog posts and newsletters, took pictures for them and edited them as well as videos for product presentations, for example. But I also wrote texts for Academic Hero's new homepage and worked on the conceptual structure of the site. I also did market and target group analyses, created demo data for the "Campus Events" program and generally helped to develop a marketing strategy for Academic Hero. I also worked on the general branding of Academic Hero and was always in close contact with Florian.

What did you think?

As the interview already suggested, the internship was challenging for me especially at the beginning, especially since it was my first internship of this scope and the tasks themselves were also challenging. But since the tasks were explained to me well and they were also tasks in which I could use my skills well, I quickly began to enjoy the work. There were always challenges and in between new strategies had to be developed or things had to be adapted, but especially through the constant exchange with other employees, I always had the feeling that we were able to master these challenges well.

How were you received?

I was received very well and friendly by everyone. The working atmosphere is very pleasant and even though I am a person who needs some time to really warm up to others, I quickly noticed that my own opinion and view on things are always received openly.

What would you have done better/differently?

As I said, I'm a person who always needs a while to warm up to other people and that's why, especially in the beginning, I didn't really dare to give critical feedback or ask a lot of questions. I would change that in retrospect because I realized that I didn't have to worry about that at all and that other points of view were welcome. I think in that respect, the internship also helped me a lot to develop.

Kidding, what I liked most was that everyone was so open with each other and that the atmosphere was so relaxed. There is no strict hierarchy, which put everyone on the same level and made me feel well integrated into the team. As far as the pandemic regulations allowed, we ate together from time to time and also had a joint game evening online, which was really fun and always resulted in interesting discussions.

What has been your best moment with us so far?

The joint game night is probably one of my favorite moments. It was really fun to just play some games together and joke around.

In general, I enjoyed the internship a lot and I think I was able to grow well through the hurdles I encountered. The internship has definitely helped me grow personally and professionally and I would like to thank you for letting me intern with you and be a part of the Brain Appeal team for 3 months!

Thank you very much, dear Andrea.
We wish you all the best for your future and much success with your bachelor thesis!